By Night in Chile by Roberto Bolaño

Bolano gives us the stream of consciousness of a Jesuit priest reflecting on his life while he lies on his death bed in Chile. The priest was also a poet and a literary critic. Throughout his life he hung out with art-loving wealthy aristocrats. The priest even met the famous Chilean poet Neruda at a soiree and later attended his funeral. The aristocrat had his estate confiscated under Allende but then returned under Pinochet – and the priest is glad for him.

The priest also hangs out with a beautiful Chilean woman who runs a literary salon. We learn later that her American husband is a CIA type who tortures leftist prisoners in his basement. (Although the priest did not know it at the time.) The priest is hired to teach the right-wing junta generals about Marxism. 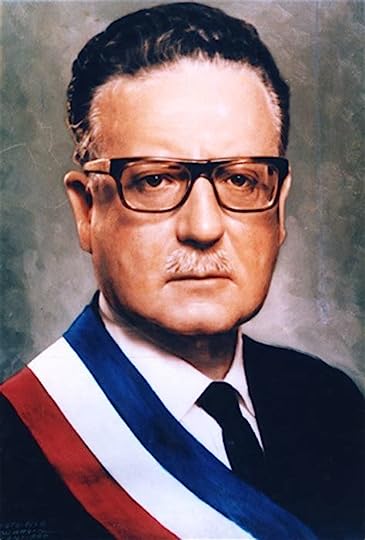 Clearly the theme is that artistic intellectuals cannot hide their heads in the sand during times of social turmoil. And priests like this one need to switch sides. The priest shies away from those who truly need him --- peasant folks with folkloric beliefs who even want to physically touch him. Instead the priest runs back to the wine and the literary discussions. He also spent a good deal of time in Europe learning about techniques to preserve church buildings from damage from pigeons. 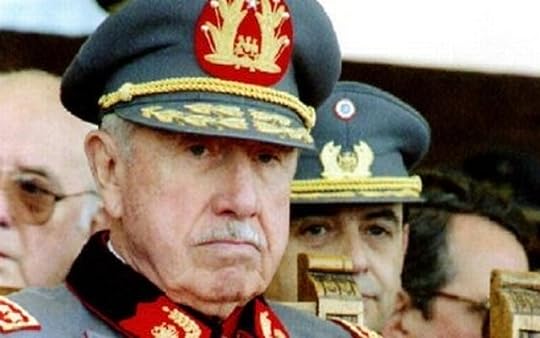 The author knew first-hand of the era and the social turmoil he was writing about. Bolano was born in Chile, but left to live in Mexico. He returned to Chile in a flush of socialist enthusiasm when Allende was elected. He was in Chile only one month before a military junta took power back and installed Pinochet, a right-wing dictator. Bolano was imprisoned and when released, went back to Mexico, then Paris, and finally Barcelona where he died in 2003 at age 50.

A couple of passages that I liked:

We will serve a good Chilean supper “…so [a foreign guest] could see for himself how well we live in Chile, in case he thought that over here we were still walking around wearing feathers…”

The priest receives a letter “…a ridiculous letter but somehow it seemed to conceal another, invisible letter, more serious in content, and this hidden letter, although I couldn’t tell what it said or even be sure it existed, worried me deeply.” 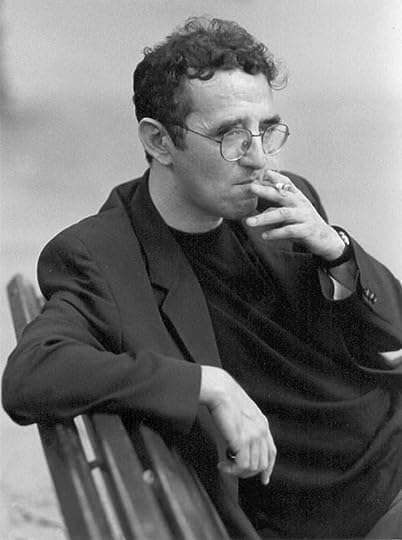 It’s a short book – 130 pages -- but seems longer at times because it is written as a single paragraph. In the literary discussions we also learn a bit about Bolano’s opinions of Chilean poets and writers and how they stand up to those of Spain. I liked it but it’s not my favorite Bolano – I still prefer Savage Detectives or The Skating Rink.

By Night in Chile

Father Sebastian Urrutia is dying. Or believes that he is dying. In a single night - with sometimes querulous voice and not entirely reliable memory - he revisits scenes from his life as a failed poet but eminent literary critic. Urrutia is a member of Opus Dei, repelled by everyday humanity, twisted by the semi-repression of his homosexuality and tormented about his shortcomings by an engimatic shadow figure, a "wizened youth". Urrutia's odyssey begins with his arse being fondled by his literary mentor after listening awe-struck to Pablo Neruda declaiming poetry at the moon on a country estate. A succession of European episodes culminates in a return to Chile as Urrutia reads Greek tragedy through the heady days of Allende's Popular Unity government.

How postmodern can one get? I suspect, RB repeats that scene for two reasons: 1 to make it real, to readers across his works, a line of continuity, as it were, and 2 because it was real—a real event which occurred in the lives of some subset of Chilean literati which may have taken on post-Pinochet mythic status. I'm sticking to that suggestion. Goodreads helps you keep track of books you want to read. Want to Read saving…. Want to Read Currently Reading Read. Other editions.

Translated from the Spanish by Chris Andrews.
can t remember to forget you meaning

The narration itself makes no secret about the fact that Sebastian had ties to General Pinochet. As the narrator tells it, he was engaged to give the General and some of his supporters lessons on the politics of communism. We are led to believe that Sebastian had no choice in this scenario and that he was simply a victim of circumstance.

The story is narrated entirely in the first person by the sick and aging Father Urrutia. Taking place over the course of a single evening, the book is the macabre, feverish monologue of a flawed man and a failed priest. Except for the final sentence, the book is written without paragraphs or line breaks. Persistently hallucinatory and defensive, the story ranges from Opus Dei to falconry to private lessons on Marxism for Pinochet and his generals directed at the unspecified reproaches of "the wizened youth. The story begins with the lines "I am dying now, but I still have many things to say", and proceeds to describe, after a brief mention of joining the priesthood, how Father Urrutia entered the Chilean literary world under the wing of a famous, albeit fictitious, tacitly homosexual literary critic by the name of Farewell. At Farewell's estate he encounters the critic's close friend Pablo Neruda and later begins to publish literary criticism and poetry. Not surprisingly, Urrutia's criticism is met with more applause than his poetry written under a pen-name and there is little if any mention of Urrutia attending to matters of the church until two individuals from a shipping company likely undercover government operatives send him on a trip through Europe, where he meets priest after priest engaged in falconry.

How to learn law of attraction

A down to earth approach 12th edition

A piece of cake by cupcake brown pdf download

5 thoughts on “By Night in Chile by Roberto Bolaño”