Rogue One: A Star Wars Story by Alexander Freed

A year ago I wrote an absolutely scathing review of the Star Wars the Force Awakens novelisation. I hated the thing; it was poor, and it felt like a tepid plot summary. It captured nothing of the movie. I was determined never to read a Star War novelisation again by the same author.

So I was delighted to see that Alexander Freed was writing this one. I’ve already read Star Wars Battlefront: Twilight Company and although the book wasn’t without its faults, it clearly showed much promise. Freed demonstrated his skill as a Star Wars writer; however, it is here that his true talent comes through. Not only as he captured the surface action of the film but he has also added much depth to it, which is something any decent novelisation should do. It should expand on what we already have rather than just regurgitate it.

Indeed, in the film Jyn Erso is stoic. She is what the world, what her experience, has made her. I found Felicity Jones’ performance somewhat flat- not bad acting- but without life. Jyn is a person who has almost given up. She is without all hope till the very end of the film. The point is Freed did wonders of getting into her head, and explaining why she is like this: it is her way of surviving in a world of brutal opportunists. Her persona and interactions with the world make much more sense in this regard; we see more of who she actually is.

The speed of the film is also captured here, the intensity of the action. Rogue One’s mission felt desperately important in the Star Wars timeline; it felt like the fate of the rebellion was on the shoulders of these few radicals, as it so desperately need to be. Not only that but the Krennic scenes were handled deftly. He really is an egotist. Against men like Tarkin and Vader, he was just a poser. Despite serving the Empire he was never truly loyal to it. The death star was his own vanity project; he wanted it for himself, which is why he could never have been the man to take charge of it. Tarkin existed for the Empire; there was no man beyond the uniform, a level of conformity Krennic never achieved.

He trembled in the presence of Vader, again, something Tarkin would never do. He was a lesser officer, and a lesser man. But in terms of suitable villain for this story, he’s perfect. They couldn’t overly emphasise on Vader, so he’s a good stop gap. I don’t want to give a huge spoiler away, though I’m sure if you’re reading my review you’ve likely seen the film, but that ending! It’s the sort of ending that so many stories need but never actually get. It was brave. It was brutal. It was honest. And I loved it. Freed captured the heart of it here. 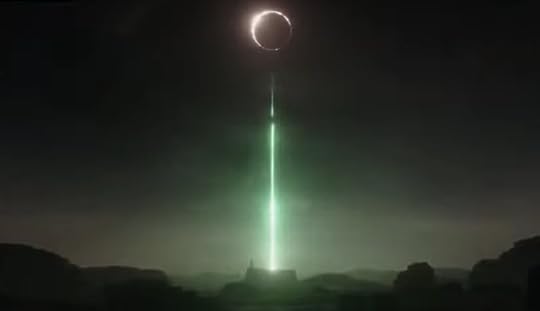 Rogue one, both film and movie, were excellent. They were so much better than I imagined them to be. However, the main story arc is where it is at. I can’t wait for episode eight!

Rogue One () on IMDb: Plot summary, synopsis, and more. After the rise of the Galactic Empire in Star Wars: Episode III - Revenge of the Sith () Saw doesn't believe Bodhi's story and interrogates him harshly, eventually bringing.
Alexander Freed

You can change your city from here. We serve personalized stories based on the selected city. Deepika Padukone looks beyond beautiful in her latest Instagram pictures; Ranveer Singh comments, "Baby Refrain from posting comments that are obscene, defamatory or inflammatory, and do not indulge in personal attacks, name calling or inciting hatred against any community. Help us delete comments that do not follow these guidelines by marking them offensive. Let's work together to keep the conversation civil.

Please refresh the page and retry. Of course, if you're Star Wars enthusiast of the first order see how witty we are? December 16 AKA later this week! Previously, it looked as if this movie would be focused on popular villain Boba Fett, but plans to make the film with director Josh Trank fell through. He'll be voiced by James Earl Jones, who provided vocals for the character in the original trilogy. The latter character, who was so memorably played by the late Peter Cushing in Star Wars Episode IV, was even spotted albeit from behind in one of the recent trailers.

More About 'Rogue One: A Star Wars Story' Alan Tudyk in Rogue One () The Death Star is printed in 3D in Madrid Alan Tudyk in .. Plot Keywords: star.
i wanna go all the way

Contribute to This Page

That's a question we're setting out to answer, and it's a tough one at that. With a cast that boasts the talents of Felicity Jones, Forest Whitaker and Diego Luna just to name a few , it's hard to pick out the best of them. See how your list compares to ours. These guys must have walked directly to their ship and taken off in order to avoid getting wiped out by the Death Star, only to pick the extremely wrong bar fight just days later. This blurry look of panic is the beginning and end of his tragic story in the movie. Along with his eggmate Benthic, Two-Tubes was a daunting addition to Gererra's ranks of radical fighters.

Book of the seven rings

Inside the fbi discovery channel

Who is the nanny on the bachelor

Java an introduction to problem solving and programming 7th

5 thoughts on “Rogue One: A Star Wars Story by Alexander Freed”